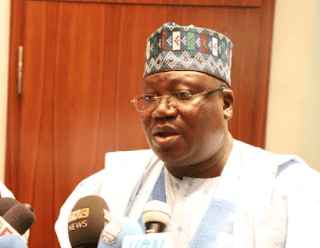 Kulen Allah Cattle Rearers Association of Nigeria (KACRAN) has endorsed the candidature of Senator Ahmed Lawan as the next Senate President of the Federal Republic of Nigeria.

This was made known in a statement issued on Saturday in Damaturu by the National President of the Association, Khalil Mohammed Bello where he said the endorsement was based on Senator Lawan’s track of records and year’s of serving humanity.

“He (Senator Ahmed Lawan) has a genuine concern for the development of both livestock and arable farming in the country.

“For example in the year 2017, Dr. Ahmed Lawan spent millions of naira in the procurement of animal vaccines and freely vaccinated 2 millions head of Cattle in Yobe State and he did same to help arable farmers in Yobe North Senatorial District.

“The free animal vaccination was the first of its kind in Yobe State done by an individual legislator”, the National President explained.

He added that, Senator Lawan has brought many physical developmental projects, such as the provision of portable drinking water for both animals and human consumption and in addition to numerous empowerment projects to the people of his district.

According to Bello the Association is confident that, as a former renowned Scholar, Senator Ahmed Lawan knew the value of education, hence will help towards formulating and total implementation of beautiful educational policies, that would promote education and bring to an end the intermittent strike in the Nation’s Universities and other higher institutions.

“Having come form the Northeast part of the Country, where the esteemed seat of the Senate President is zoned, he knows the security challenges of the area, which are almost the same with that of the Northwest and some parts of the country for which if elected, he would cooperate with the Federal Government to find out immediate solution to it, so that peace and harmony would immediately flourish in our beloved Country.

“We are optimistic, that if he (Senator Lawan) has gotten the seat under reference, he will carry everybody along, so that Nigeria will once again be blessed with having a National Assembly, that will work hard towards solving the problems of security challenges that are hindering the development of our great country”, Bello said.

The President described Senator Ahmed Lawan as a person whose main concern is the development and unity of Nigeria, adding that he would surely create a good working relationship between the two chambers that would accelerate decision making process and execution of those decisions by the Federal Executive Council.