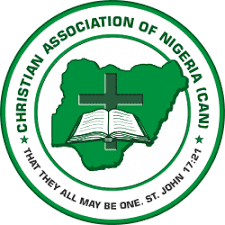 A cleric has given reasons why the Christian Association of Nigeria (CAN) cannot go after Nigerian pastors who instigate the branding of children as witches.

Many children in Nigeria, mostly in the South-South states of Akwa Ibom and Cross River, have been beaten, stigmatised, and sent away into the street where they live as an outcast on the accusation of witchcraft.

Such accusation usually stems from a pastor ‘prophesying’ that a ‘witch’ child was responsible for a family misfortune – be it ill-health, job loss, or a business downturn.

Some parents or guardians sometimes go to the extent of setting their children on fire or beheading them.

Akwa Ibom, for instance, has a child rights law which criminalises the branding of children as witches, but there is nothing to indicate the law is effective.

“For a state that has a (Child Rights) law which is supposed to ensure that the right of the child is respected, you still discover daily that so many children are passing through situations that ordinarily they shouldn’t go through. And so, you wonder what has happened to that law,” Uduak Ekong, the chairperson of the Nigeria Association of Women Journalists (NAWOJ), Akwa Ibom state, said of the situation in the state.

“I’m worried because, for years, I have been expecting that we would see a reduction in the number of children who hawk on the street, for instance.

But every day as I drive along the road, I notice that rather than a reduction, it appears to be a thriving enterprise. We have too many children on the street.”

Mrs Ekong spoke at a roundtable on child development hosted by PREMIUM TIMES in Uyo to mark the 2019 Children’s Day.

“Many of these places are not churches; they are magic houses, they are 419 centres,” Cletus Bassey, an archbishop and past chairman of CAN in Akwa Ibom told PREMIUM TIMES, Friday, when asked in a separate interview what the association was doing to deter pastors from accusing children of being witches.

Mr Bassey said, “all kinds of nonsense things” happening in the “magic centres” cannot happen in the church.

“How can you be in a church where they would bring Coke and Fanta and they will say they are doing anointment, then anoint people with Coke and Fanta?

“How do you have a man who says he is a man of God and he would be putting his legs on a woman and would say he is doing deliverance?”

People who run such “centres” are mostly uneducated, lack theological training, and are not members of CAN, Mr Bassey said.

“There’s nothing CAN can do about it, you cannot go to a family in which you are not a member and say ‘sit down here’ or ‘don’t do that again’.

“You don’t have the instruments of taking charge of those things, you are not empowered by the constitution,” he said.

The archbishop said the witchcraft phenomenon was a nationwide thing, and not peculiar to Akwa Ibom.

PREMIUM TIMES asked Mr Bassey if he believes in the existence of witchcraft.
“You’ll find it in the Bible. Yes, it exists,” he responded.

“I grew up in a family where my maternal grandfather was a juju doctor and I practised it as a young man, until when I was 17 years old when Jesus came into my life and changed the whole thing about me.

So, I have seen both worlds and I understand how it works.”
PREMIUM TIMES further asked him why children from wealthy families are never branded as witches.

“How can their own children be labelled a witch when they themselves don’t go home (village) with them?
“If they carry those children and keep in the village with their grandparents, go back and hear what would have happened after that.”

The archbishop said the deliverance he does for the congregants in his church – the Destiny Mission International, Uyo – is a different type.

“My work is to preach the word of God. This word of God, the Bible says, is the power of God unto salvation.

So there is no other deliverance than the word we preach, it is what brings deliverance.”