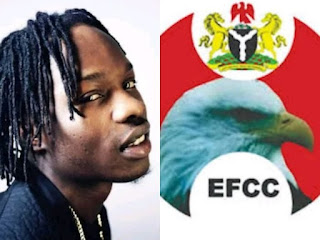 The economic and financial crime commission (EFCC) has finally released its official statement of the charges they have against the Nigerian fast rising act Naira Marley.

Hence denting everyone’s hope of seeing him come out on bail so soon.
In a recent social release by the body, they said the charges against the artiste is ‘overwhelming’ and finally, they have released the charges the have against him.

We are yet to get our hands on the proof or evidence they have to back the charges up though but we surely will get it across to you asap we get them.
See a screenshot of the official charges statement released below:- 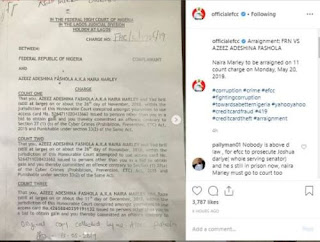 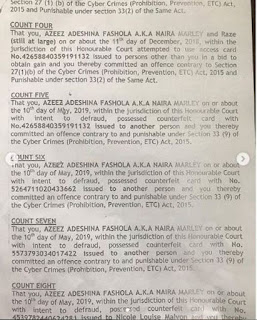 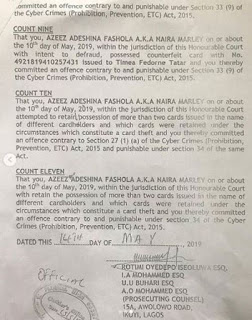 Do You Think Naira Marley Stand A chance To Win The Case Considering The Official Statement Released By His Team?