Home News Japanese Plastic Surgeon Promises To Give Dream Team Players $30,000 Each If They Win Gold In The Olympics

Japanese Plastic Surgeon Promises To Give Dream Team Players $30,000 Each If They Win Gold In The Olympics 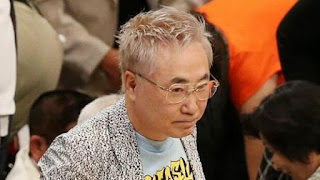 A Japanese plastic surgeon Katsuya Takasu who says he’s fallen in love with the Nigeria’s Under 23 team at Rio Olympics has promised to give each player of the squad $30,000 if they win Gold, $20,000 if they win silver and $12,000 for bronze.
According to Dr. Katsuya Takasu, he fell in love with Samson Siasia’s men after seeing them surmount financial difficulties to qualify for the semi-final of the football event.
He also stated that he will still reward the team whether they win or not, as according to him it is an act of bravery to advance to the last four of the competition after facing all the challenges they encountered.
“I read about the financial problems affecting the team and I felt the need to make a big contribution.
“I am not doing this for media attention but to motivate a team with an indomitable spirit. I fell in love with the Nigerian team because despite all these problems they are in the semifinals of the Olympics.
“Whether they win or not, I will still donate something to help alleviate the challenges in paying their bonuses and allowances,” Takasu was quoted by BBC.
The Nigeria Football Federation (NFF) were impressed by this gesture but are being careful.
“I have been in direct contact with Mr Takasu and impressed by his gesture,” NFF vice-president Seyi Akinwunmi told BBC Sport.
“But we need not get carried away because the integrity of the country is at stake. First we must check about this. Significantly, the team has an important game and we need to focus on that.”