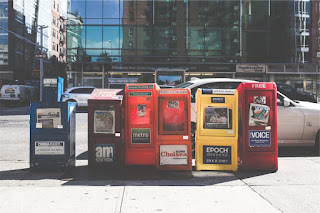 As the Democratic and Republican primaries come to a close, the American public is increasingly frustrated at their prospects. A summary of recent polls shows confirmed Democratic and Republican nominees Hillary Clinton and Donald Trump taking in 95% of the potential voters' support. However, a look at individual poll numbers from individual polling outlets show that these polls are generally skewed when only the two main party candidates are included. When third party candidates such as Jill Stein and Gary Johnson are included as potential options, support for either the Clinton or Trump drops dramatically. A recent Reuters/Ipsos poll exemplifies this, where the aforementioned drop was significant: down to 37 points each for Clinton and Trump.
Third party candidates are nothing new to American politics. Although the two-party system dates back to the very first U.S. Election, active third parties have consistently played a role in the various U.S. elections. It is also important to note that the election system has changed dramatically since the first few decades after the founding of the U.S.

During the first election in 1789, only white male landowners could vote. At the time, there were no political parties to speak of. George Washington was selected unanimously by the first electoral college. Although staunch Federalists (those in favor of constitutional ratification) and anti-Federalists (those opposed to such ratification) existed, these were not parties in and of themselves, but ideological camps.
It was not until the second election, in which George Washington was elected again, mostly unopposed, that parties began to emerge and have a significant impact on the election process. This was not viewed positively by Washington, who had this to say in his farewell address at the end of his second and final term: "However [political parties] may now and then answer popular ends, they are likely in the course of time and things, to become potent engines, by which cunning, ambitious, and unprincipled men will be enabled to subvert the power of the people and to usurp for themselves the reins of government, destroying afterwards the very engines which have lifted them to unjust dominion."
Despite the somewhat dire warnings of America's most celebrated founding father, political parties continued to proliferate -- and solidify their place within the American political system. However, only two parties -- in this case the Federalist Party and the Republican Party) -- were the norm for decades following.
Yet the party system then was not what we perceive it as now. Although many candidates ascribed to certain parties, parties did not hold up one candidate as their party's standard-bearer and the only one running for office. The election of 1796 provides a clear example of this. During that election, 7 men split the electoral vote. The winner, John Adams, took 53.4% of the popular vote8, but only 25% of the Electoral College vote. His runner-up, Thomas Jefferson, took 24%. In this case, the winner of the electoral college held a majority of the popular vote, yet barely managed to win the electoral college vote.

The election of 1824 proved to be both a defining moment in the party system, while also showing the weakness that exists within it. In 1824, Four candidates within the Democratic-Republican party ran for office, splitting the party 4 ways and splitting the vote. Although they each ran as Democratic-Republicans, in reality, they were each running as separate candidates in separate parties. The winner of the popular vote, Andrew Jackson, squeezed in a win with only 41% of the vote. The remaining candidates, John Q. Adams, William Harris Crawford and Henry Clay split the remaining vote among them. This indeed raised a very legitimate question: If a president wins with less than significantly less than 50% of the vote, do the still have a political mandate to govern?
The concept of a "mandate" is the idea that an elected official or government "the authority granted by a constituency to act as its representative". This concept has always been questioned by those whose party has been on the losing end. But most election results in a dual-party system to be won with a candidate who either gains close to 50%, or more, of the vote. When that number begins to fall closer to 40%, or even dips into the 30% range, the idea of a political mandate to govern becomes more questionable.
The 1824 election was historic, not just because the winner of the popular vote received less than 50%, however. The eventual winner, John Q. Adams, received more electoral college votes. The electoral of 1824 essentially handed the presidency to a man who had won, not just less than 50% of the vote, but less than a mere 30.9%. This result has often created arguments against the electoral college system. However, it directly relates to what can occur when the two party system is brought to its knees by multiple candidates who split the vote more than two ways.
1824 was not the only year third parties resulted in an extremely split vote. The election of 1860, in which the winner (Abraham Lincoln) won only 39.65% of the vote also saw four different parties draw significant margins. This type of situation occurred again in 1912, and not insignificantly in 1992 when Ross Perot, an Independent, gained over 18% of the vote.

It is still too early to predict the eventual results of the 2016 election. However, the aggregate unfavorability ratings for both Clinton and Trump are above 56% each, with very little signs of dropping in any measurable way. It is easy to assume, and not without precedent, to assume that third party candidates will have no impact. After all, they have had very little impact on most presidential elections. However, third party candidates can make an impact when the political atmosphere is right, and in some cases, a very significant impact on the concept of the governing mandate.
The 2016 election may be another example of an historic election in which a third party plays a major role. Alternatively, the major third party candidates may fade into obscurity, much like in most elections in U.S. history. Yet the blood is in the water, so to speak. This election cycle has failed to live up to predictions, even from some of the most respected sources. There's little reason to believe it may not still have a few surprises in store.