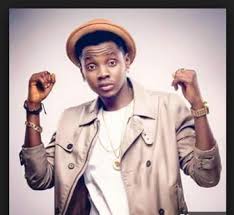 On May 14th, 2016 the album launch for New Era by Kiss Daniel took place at Eko Hotel and while there wasn’t so much hype surrounding the release for a debut album, the launch turned out to be a very successful one which came off as a good gift for Emperor Geezy – owner of G-Worldwide who had his birthday celebration same day.The launch had guest performances from top artistes and attendance from a long list of celebrities making the night a very interesting one if you had attended. Of course Kiss Daniel performed songs off the album and in what seem more of performances than actual singing, Kiss Daniel showed how a total package he was as an entertainer; I was surprised reviews of the launch didn’t hit the internet or news platforms as expected because I didn’t get to read much about it.The album had twenty good songs with production from six different producers and interestingly one featured artiste – Sugarboy who happens to be his label mate; that scored the highlight for the album and while I commend his entire management for that great move, I’m still trying to get the logic for pulling that.Olamide pulled this off last year when he released his “Eyan Mayweather” album without featuring any other act on it and despite how ‘big’ Olamide is and his already established affiliations, aside his shutdown concert I’m not sure of the commercial success of the album when compared to his other previously released albums.Olamide and Phyno created a bond together and have successfully released joint projects from singles to an album; when Guinness came up with their Made of Black campaign, we all know the artistes who benefited from it.We are all aware affiliations works wonder, most especially in the Nigeria Music Industry where an act gets an endorsement not for his craft but for his affiliation with a certain artistes’ clique. It saddens me to see talented acts not given the recognition/benefits they truly deserve even after putting a lot of hard work into successful projects. One very saddening case is Kiss Daniel and I think we should hold his label or rather his management for this.

Kiss Daniel with no features on his album debuted at number 8 on the Billboard, this same album boasts of great songs like Woju – which topped the airwaves for the most of 2015 and can be argued as one of the biggest songs for that year, other singles like – Laye, Good Time [which got a Wizkid’s version] also had a fair share of chart topping moments and also Mama – which is the biggest song so far in 2016 and might end up as the biggest song for 2016 if no new banging tune comes out before the year runs out. With all these feats, one still wonder why he hasn’t penned down an endorsement so far and is not even on the list of major awards receipts.

Just over the weekend, social media went super excited about the One Fest Africa event which held at the Barclays Event center and apparently the event had a handful of top Nigeria artistes. A quick run through about the artistes and you will find out they are all clients of Oga Paul Okoye who interestingly put the event together, I personally feel Kiss Daniel deserved a spot on that roll call but quite unfortunately he wasn’t and the event is already over.

Another quick look at Kiss Daniel awards listmight come off as disappointing; in the entire 2015 he won four awards and only one amongst them is notable enough for mention – NEA Awards.
Kiss Daniel no doubt is a top talented act and with information I gather, he charges around 2 million naira – 3 million for performances which seems ideal for his status but how often does he get called for gigs when most of the telecoms and bigger brands have their ambassadors a phone call away.
Currently “Jombo” a single off the album is being promoted and with their usually strategy if employed might see the song becoming a big deal same was done for Sugarboy’s “Holla Holla” whom might become a focus soon for the label leaving Kiss Daniel’s potential earnings ineffectively explored.
I earnestly wish Kiss Daniel the best and I hope his management can get this right.