Posted 04:31:00
Tags
News
A 101-year-old Italian woman, Anatolia Vertadella, has given birth to a 9-pound baby.
According to World News Daily Report, this was made possible through ovary transplant even when medical professionals were against the procedure due to the age of the woman involved. 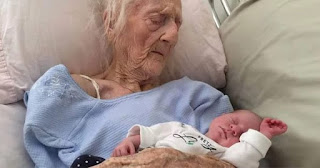 Anatolia Vertadella and her babyThe whole procedure was illegal, but private clinic in Turkey made it possible, reports the Rivista Napoli.“I am very grateful to all the team of doctors who decided to go on with the operation. I am so grateful to have given birth to my 17th child. This is a true blessing and a testament to the power of the creator.“For so long I have felt useless to God, I could not procreate since I turned 48 years old when I was diagnosed with ovarian cancer. For a long time I believed God was punishing me for only bearing 16 children, but in his godly generosity, he has granted me with fertility once again,” the new mum who is a fervent Catholic told Rivista Napoli.

Vertadella’s husband died in 1998, but the oldest mum was said to have managed to find a sperm donor to make the birth possible.“I met Francesco’s father on the internet while trying to find a father to my child. This 26-year-old man is a Catholic and that is all that is important to me.

I wanted my child to be born in a union sanctified by the Catholic church. I know we are not married and that he will not play a part in Francesco’s life, but I have written to the pope to ask his absolution. I have also named my child after the pope in his honor and so I believe he should find a place in his heart to forgive me in this particular situation. I still love my deceased husband and desire to stay a widow until I leave this earth, but I needed the seed of this young fervent Catholic to fulfill God’s will,” she explained. 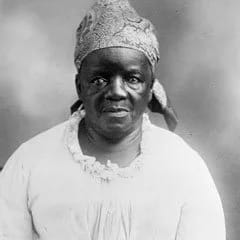 Malegwale Ramokgopa allegedly gave birth to her 25th and 26th child in 1931 at the venerable age of 92The world’s oldest mother was previously believed to be Malegwale Ramokgopa, a woman born in South Africa in 1839 who allegedly gave birth to twins three days after celebrating her 92nd anniversary on October 3, 1931, which made nation-wide headlines at the time.
Hmnn!