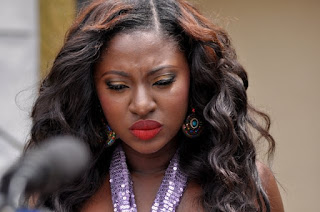 Nollywood actress Yvonne Jegede who captivates people’s attention with her voluptuous boobs aside her acting skills was recently involved in a social media fight with some of her fans.
Recently, the actress posted a video of herself with some colleagues dancing in a car. In the video, her boobs were too exposed which a large section of her fans found embarrassing.
It all started when one Jayclassiq said Nice 1 babe…but those 2 oranges….the actress pretended as if she didn’t see it and others continued saying the same thing until she could no longer hold it. 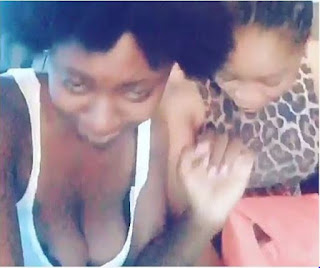 Then Kachy let it out all by saying:-

“You are exposing saggy breasts” Yvonne Jegede visibly angry replied by saying: “Where did you leave your brain”? Kandybenny says:“Bo*bs looking like a bag of money” Another of her followers, says: “Am I the only one seeing that bo*bs about to escape curfew?”

While a certain Uche Okeneme says:-

“Please cover your breast” The role interpreter’s response to another fan goes this way: “When you are unstable in your head, you go to a hospital, not my page”

It became a matter of give and take as she was giving them replies as they were coming at her. 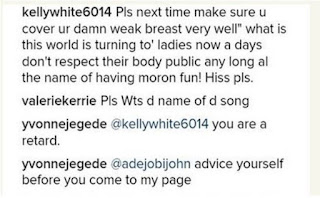 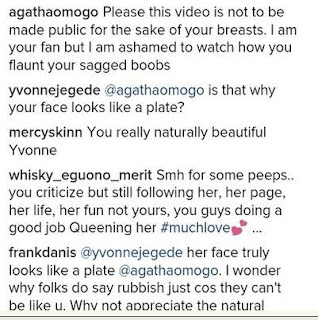 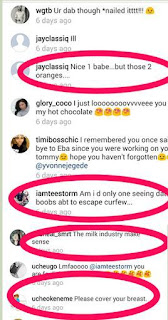 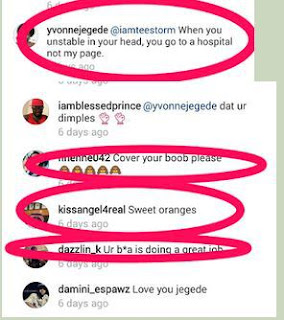